South Korea was my last destination during my year long trip. I feel that a lot of people pass South Korea by in favour of Japan. My preference for Hwoarang in Tekken and KPOP (shout out to Shinee) put SK on the map for me so it was always on my radar! South Koreans work hard but play harder and there’s a grittier edge to Seoul than there is to Tokyo which spices things up.

There’s a lot more to South Korea than Seoul but I fell in love with it and spent all my time here. Here’s why:

The atmosphere is hot and fiery

Seoul has a different vibe to Tokyo. Many aspects of etiquette and culture are the same if not stricter in Korea, but it felt like Koreans had more warmth and were more eager to get to know me. This is only my own perception and of course it may be totally off, but there felt like a degree of heat and fire in Koreans and in Seoul that I just didn’t experience in Tokyo or Japan.

Koreans have a powerful presence of their own but there’s a strong international base here. Itaewon for example is a great international hub. There are tons of American military brats here but they are pretty friendly and yes, pretty much all of them are trying to get into the pants of Korean girls. I stayed in a hostel called Kimchee Guesthouse and quite quickly made friends with Koreans, Mexicans, fellow English folk, Japanese and Swedes and we headed out to explore this sublime city. There are also plenty of Koreans who have lived and worked overseas so they have an easy way with travellers and give fascinating insights into Korean culture that might otherwise be difficult to know. There’s a reticence about letting outsiders into the inner circle but with internationally savvy Koreans they are more than happy to spill the secrets!

The food will blow the roof of your mouth off

Japanese food is nuanced, balanced. Korea food is totally higgledy-piggledy. There’s a degree of organised chaos as various dishes are presented to you. Typically you will be given a main dish and many smaller ones. Kimchee (fermented cabbage) is a staple and it’s absolutely delicious. Korean food could not be called subtle. The flavours are strong and powerful and the spice level is surprisingly high.

Before coming to Korea I assumed the food would be identical to Japanese cuisine but the difference is more like English VS Italian food, they just can’t be compared. I’m a spice fan, but even I found some dishes too hot. In between mouthfuls, I was drinking copious amounts of water!

There’s also plenty of delicious international food. Check out the below:

The Japanese appear to maintain strict physical boundaries. In Korea, it’s normal to see girls holding hands with girls and boys holding hands with boys. It’s called skinship (at least it is when idols from KPOP groups do it…) and it’s lovely. There’s lots of affection everywhere. People are physically close. Physical space isn’t really a thing. Couples dress in identical outfits or wear identical bags, hats and rings. There’s a strong sense of togetherness.

Seoul is a colourful city. Taxis are bright orange and signs come in every colour under the sun. It’s a city that’s rich on the eyes. Looking back at my photo album, I realise I haven’t quite captured just how rich and beautiful South Korea felt to me and this was in winter! 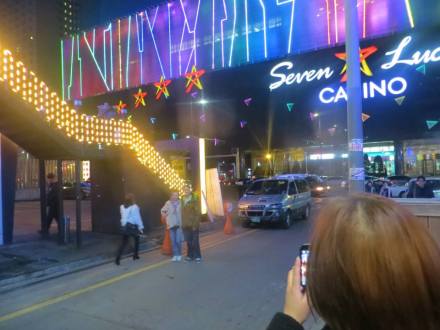 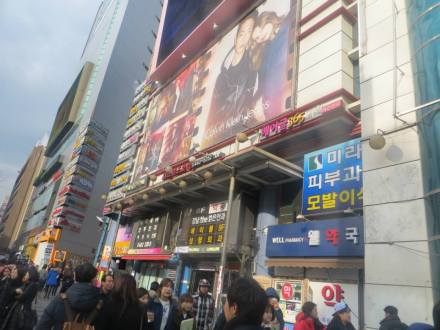 I took on the city by motorbike

I don’t drive but my friend from Kimchee Guesthouse did and we explored the city by motorbike which was absolutely amazing. I felt utterly free, excited and exhilarated as we sped around taking in the hidey-holes of the city.

There are still some bars that are ‘Koreans only.’ These are known as ‘Korean-only bars’ to tourists. Thankfully, because we knew a bonafide Korean, we were allowed into a couple of them. Ignoring the controversial nature of such establishments, it was wonderful to dip into an authentic Korean world. I couldn’t read the menu, the food packed more of a punch and the soju was plentiful. The Korean bar scene is so enjoyable. There are plenty of tiny tucked away bars where you can drink beer until 4 am whilst someone plays piano in the background. It was a dream.

In Korea not every person can afford a pet and some simply don’t have the time. Koreans work really hard. Cat and dog cafes are there to solve the problem. You can enjoy a meal or drink whilst in the company of cats or dogs. There are even owl cafes! It’s a wonderful way to get close to pets that you can’t own yourself. London now has a few cat cafes of its own but I wonder if they will have the same flair as the Korean cafes? 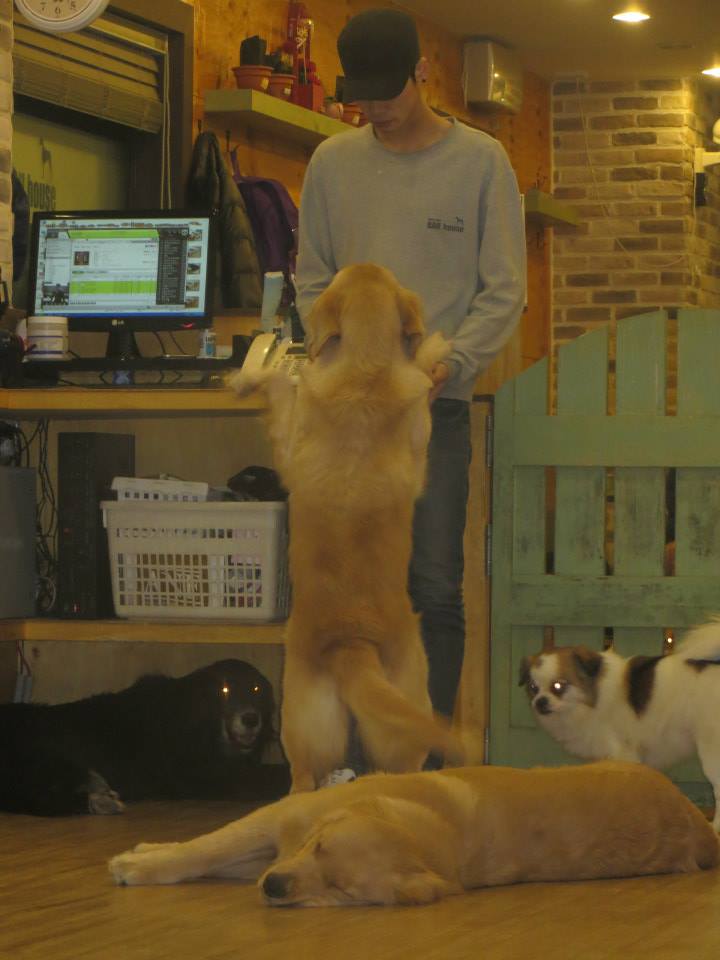 One of my favourite things about Korea is its karaoke bars. OH MY GOSH. They are better than anything else in the world. You can rent a booth, drink beer and sing ‘Don’t Speak’ by Gwen Stefani until 3am (as I did…)

If you love KPOP as I do, you’ll know that Seoul is the hive of KPOP activity. Not only is SM Entertainment located here but many of the idols own restaurants or bars and you can sometimes SEE them there. Sometimes they even BRING YOU YOUR FOOD! Imagine going to a chicken shop and being served by BRITNEY SPEARS. That’s how legendary this is. SungYeol from Infinite can be found at BBQ, a fried chicken chain. Kona Beans is there for the SuperJunior fans. I saw someone from a distance but I didn’t know who they were…I still squealed. 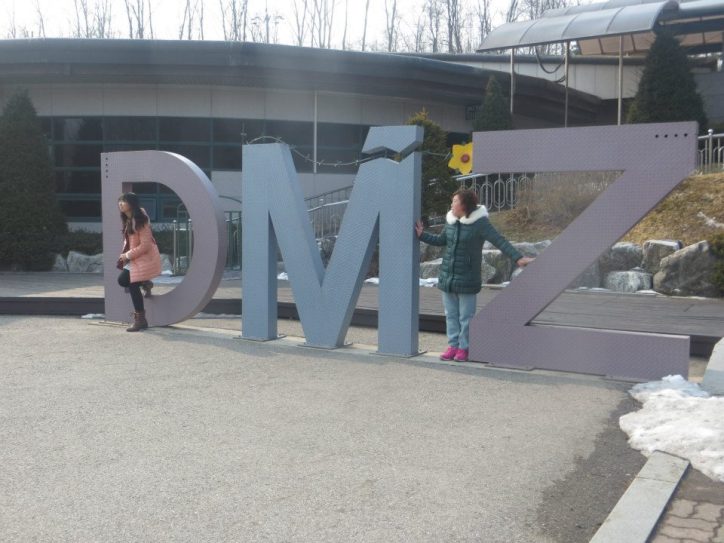 Whilst in Korea, you get the opportunity to travel to the DMZ (demilitarized zone) connecting South Korea to North Korea. The weather was murky so I only saw this view of North Korea:

That said the DMZ tells fascinating stories of what triggered the divide and how Koreans live with the threat of war on their doorstep.

My experience of Seoul was so amazing because of the people I met there. The group of travellers that became my friends, the wonderful warm locals who were eager to share their culture and community with us and the fond memories that I still carry with me to this day.

If you get the opportunity to visit this beguiling land of contrasts, please do.