When I was little, I was a huge fan of a show called Xena: Warrior Princess. Did any of you guys watch it? I was so in awe of these Amazonian warrior women and the way that they traversed the world. I wanted to move through the world as they did; with energy, purpose and fearlessness. One of my favourite characters was Callisto, portrayed by Hudson Leick. Callisto was a self-styled warrior queen, forged in the fires of hatred, desiring revenge on Xena who had previously burned her village of Cirra to the ground, murdering her parents and sister in the process. Hudson brilliantly projected an intensity and depth of feeling befitting of a woman burning in a very intimate grief and I was transfixed by her.

What does Xena have to do with yoga, you might ask? Well, my interest in this show and in Hudson specifically, led me to find out years later that she had become a yoga teacher. Yes, she who so beautifully captured the mania and madness of deep despair, who had stood on the precipice of sanity and dipped her toe into hysteria, was calm, composed and still radiating with a simmering heat but one that was steady, focused and which came from the heart. 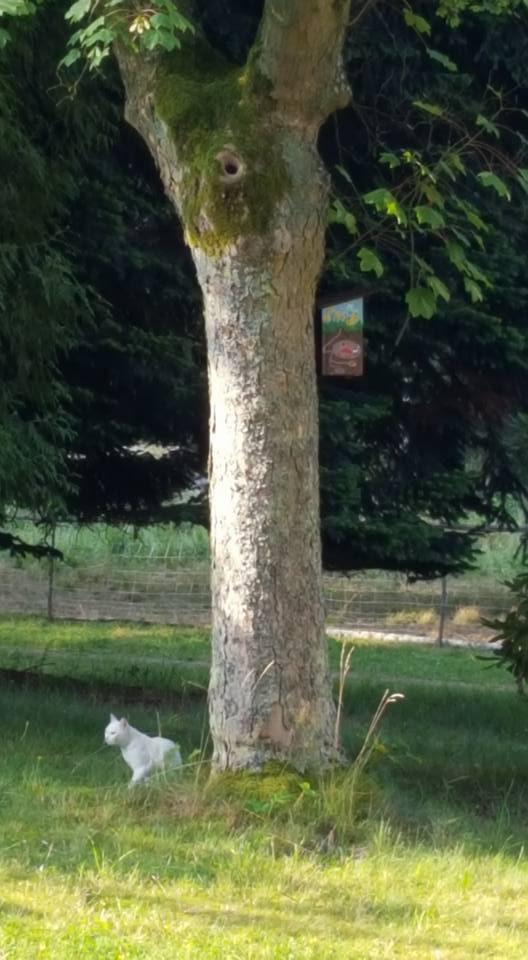 Hudson owns Healing Heart Yoga, enabling guests to dive into themselves and I opted to immerse myself in the summer retreat, which lasted for seven days and was held in a quaint and peaceful villa called Sklenarka, near Orlici in the Czech Republic. The week-long retreats are described as an opportunity to enter a warm and loving space of play, self-exploration and expansion and Hudson facilitates this beautifully with a sense of openness and compassion that encourages you to participate.

The truth is, this wasn’t my first time at Hudson’s summer retreat, but the first time had been a bit of a non-starter. On my first night, I ended up in the bathroom with 2% phone battery calling my mum in tears, fearing that my appendix was about to burst. I had the most agonizing and bizarre pain in my lower right side. It turned out to be kidney stones (yay, fun.) I spent the rest of the week in hospital enjoying an assortment of pain killers and vomiting into a bowl. Nothing quite as humbling as butt injections…

I felt a pang of anxiety about coming to the retreat this time. I was clouded by fear as I remembered how unpleasant my last experience had been. I hadn’t had the opportunity to truly experience what this was all about, and that was what pulled me back. Plus, there is probably no better place to be anxious than in an environment that encourages exploring who you are, your emotions and thoughts.

As Sklenarka is very much ‘back of the beyond’, especially for someone from outside of the Czech Republic, the group is encouraged to meet beforehand and to get the train, bus or share a taxi. Arriving at Sklenarka is truly an ethereal experience. Situated deep in the woods, we arrived fairly late at night, and the building was lit up with candles and life. The grounds are peppered with peacocks and their quaint calls, as well as horses, cats and other animals. The building itself has a humble grandeur to it. It really does feel like a place where spiritual transformation can occur, and I can see why Hudson loves it so much.

The retreats attract a mixed group. Men have one dorm and women have another, but you can also have your own outdoor room set a little further back from the main house. Having slept in a lot of dorms in hostels, I wasn’t bothered about having to sleep on the floor or sharing with others, but there were definitely moments when I would have appreciated falling back into a nice double bed, especially after some of the yoga aches!

Each day has a rough schedule which is subject to change. These are presented the night before. An example of a schedule is breakfast at 9-10, followed by yoga, free time, lunch, a hike and swim, dinner, a special meditation and sacred dance. The days are varied enough that you can maintain a sense of momentum. Yoga is followed by an optional chanting session. My absolute favourite activity was sacred dance in which the yoga room, lit by candles, transforms into a heavenly space and the group dances unselfconsciously to an assortment of music. The point is to connect to your inner child – to simply be and to dance without trying to be sexual or impressive (unless that’s what you feel you want to be in that moment!) As well as the more routine aspects of the schedule, there were plenty of optional trips including a trip to a local ranch where we could hug a horse and a wander around Castolovici. 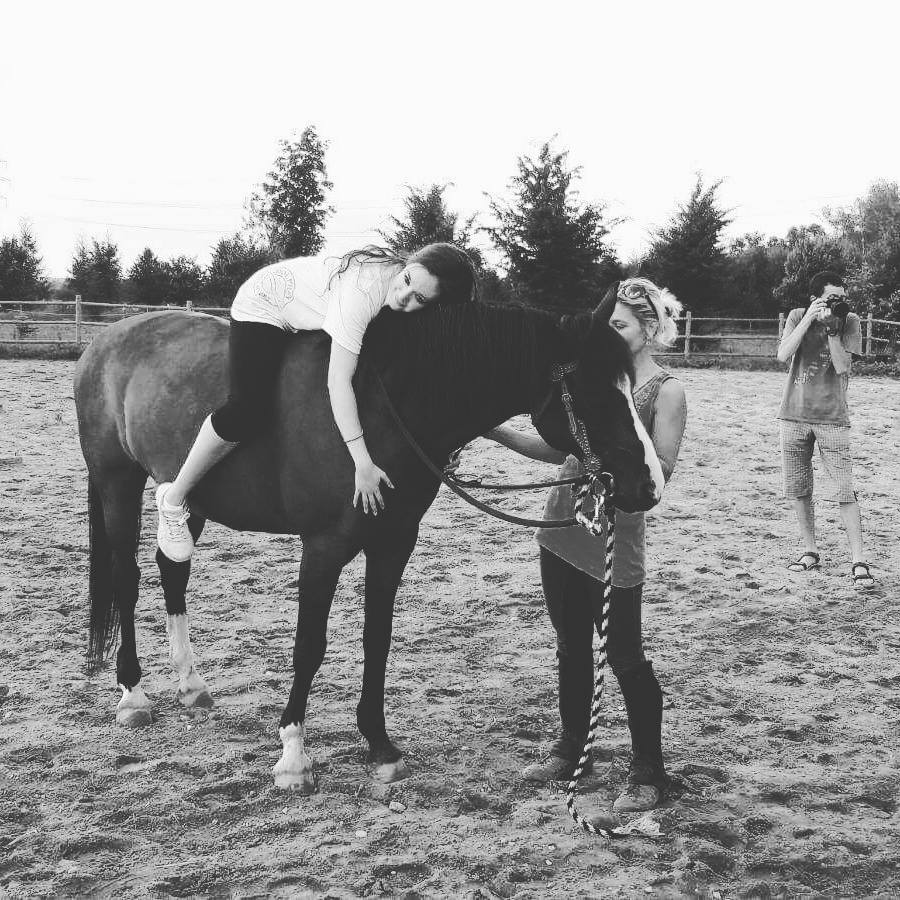 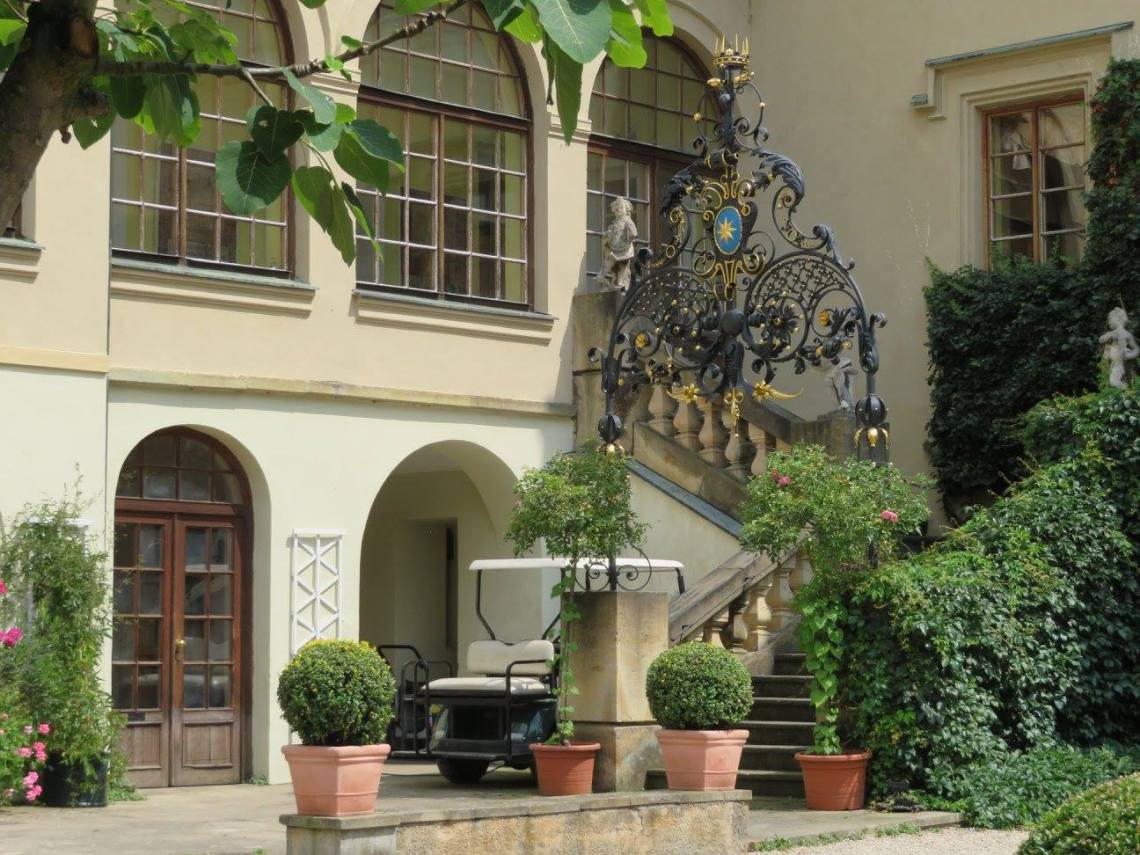 I’m definitely not a natural at yoga. My downward dog needs a lot of work (that never sounds right…) but even I noticed that with continued practice over the week, there was a noticeable improvement. Hudson is a wonderful teacher. Her class is very mixed in terms of skill and experience and, yet she managed to provide individually tailored feedback and guidance for all of us. She’s very eagle eyed and can hone in on little errors, making corrections in a very helpful way. By the end of the week, I could touch my toes, something I have NEVER been able to do before. Unfortunately, I lost the skill not long after, but without continued practice these things don’t stick!

As Hudson says, the yoga is simply a way to achieve a state in which you can reach enlightenment. The chanting, sacred dance and meditation are other avenues in which you can develop a tranquil, open and accepting state of mind in which you can grow. It doesn’t really matter if you are good or bad at the yoga.

What makes Hudson’s classes so unique is her focus on the spiritual. Every aspect of the week drips with it. It’s an experience that gave me immense peace but that also challenged me, especially mentally, as I was forced to confront the fact that I often have terrible focus and am very easily distracted. Consistent practice would help with this I am sure…

You’ve also really got to give it to these guys for the food. There’s an endless assortment of Vegan meals that are hearty, nutritious and definitely delicious! Everyone is expected to assist with daily chores including cleaning up after meals, but this helps the group to develop a community feel very quickly. You learn to rely on one another and help each other with all aspects of daily life.

The retreat encourages you to be engaged, focused and active. There’s plenty of walking, swimming, yoga, stretching and various other activities but also lots of free time if you wish to write, spend time with the animals or spend some time processing what you’ve been up to.

Hudson is a wonderful teacher with a magnetic presence. This seems like the role she was designed to fill. The best part of the experience? Meeting such kind and wonderful people. That’s always the best part.

Now, for some pictures of pigs: 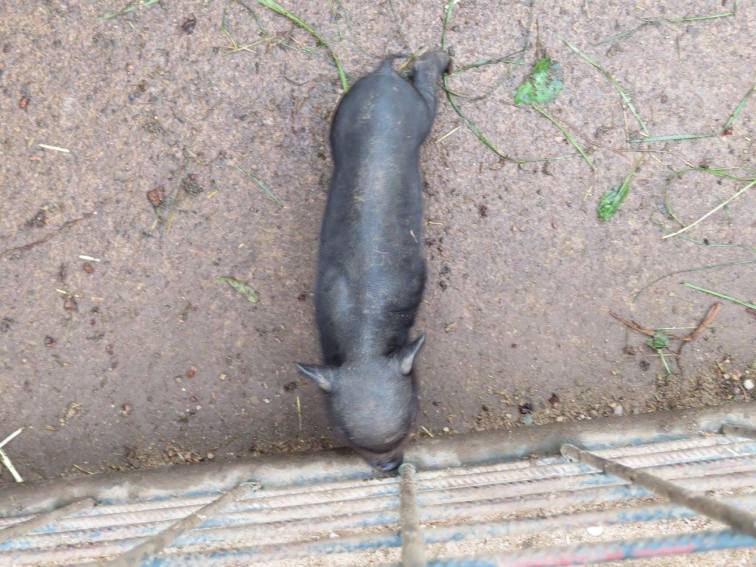 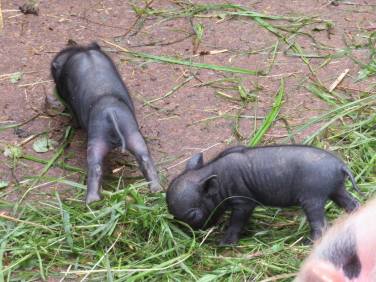 Traveller - Writer - Gemini I'm Kayleigh, I live in Kent and I'm 29 years old! For as long as I can remember, I've fancied myself as a mixture of James Bond, Xena Warrior Princess, Indiana Jones and Lara Croft! I've had the travel bug since childhood but as an adult, it's become a full-blown addiction. As we all have, I've lost time to my own laziness and malaise as well as to necessary day-to-day responsibilities. Feeling restless and painfully aware that I didn't always utilise my time, I came up with the concept of the 'Adventure List.' It's like a bucket list but less morbid. I decided that I would write down EVERYTHING that I had ever wanted to do and aim to tick off at least one item from the list per month. Naturally, it's not always possible to disappear to Africa for a Safari on a whim or to jump in a car and travel America by road just like that, so I decided to include minor goals and dreams too, like a pole fitness class or learning to make my own pizza. The 'Adventure List' keeps me focused on what I believe is the most important thing in life: Happiness, adventure, fulfilling your potential and chasing after your dreams. As children our dreams are at the forefront of our minds. As adults, they start to become murky and disappear. I hope that I can inspire my readers to pursue their own adventures and perhaps even assist if you find that your adventures and dreams are similar to my own! I've explored 32 countries including Thailand, Italy, Indonesia, America and Mexico and I aim to see many more! Join me as I complete my Adventure List and be sure to create one of your own! All my love Kayleigh View all posts by Adventure List K